Our server would not have been possible without the great work by members of the SA-MP community. The use of community-released work has allowed us to extend the immersion of a pursuits server.

The list below is a list of modifications we have been given permission to redistribute on our server. We would like to thank everyone who has given us permission to use their work. 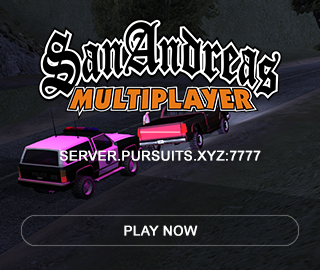